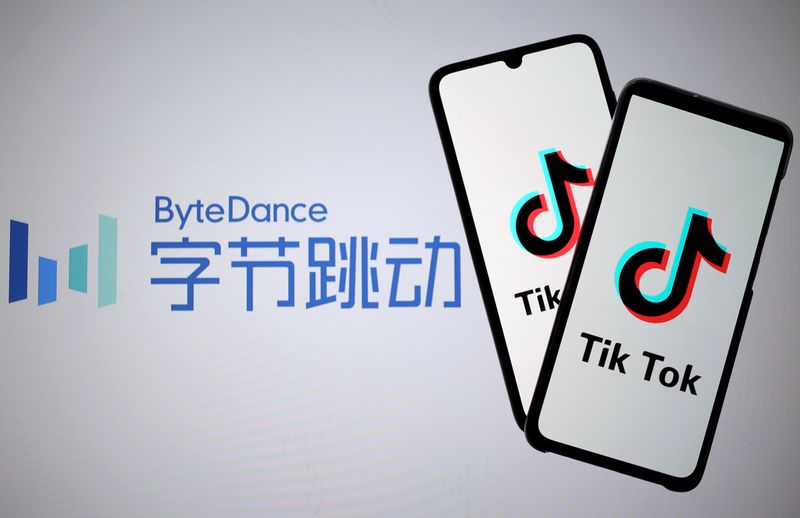 (C) Reuters. FILE PHOTO: Tik Tok logos are seen on smartphones in front of displayed ByteDance logo in this illustration

A year ago, ByteDance was approached by the Chinese government with offers of help when TikTok, a short-video app with a huge following among young people globally, faced political heat in India, a source familiar with the situation told Reuters. But the company sent only mid-level staff to meet with government officials, signalling that the company wanted to go it alone.

The 38-year-old Zhang, who has trodden a different path to other high-profile Chinese tech tycoons, shifted tack in August when President Donald Trump threatened to ban TikTok in the United States unless it was sold to a U.S. firm.

Zhang’s team sought a meeting on his behalf with China’s ambassador in Washington, Cui Tiankai, two sources familiar with the matter said.

While Zhang was only hoping for an informal chat with Cui to seek advice, his approach was seen as a turning point, government and industry sources told Reuters.

The embassy directed the ByteDance team to the foreign ministry in Beijing. Although no further talks took place, and Cui and Zhang did not speak, the Chinese government interpreted the approach as a signal that ByteDance was open to assistance.

China entered the fray on August 28, by revising a tech export control list that experts said would give them regulatory oversight over any TikTok deal. Reuters could not determine if Beijing’s interpretation of Zhang’s approach and the Chinese government move were linked.

One of the sources said that by standing up for ByteDance, Beijing wanted to demonstrate to private companies caught in the crossfire of China-U.S. strategic competition that the country is firmly behind them.

“We want to show all other countries that this is what the Chinese government will do if you bully any of our companies, so don’t follow what the U.S. is doing,” the source said.

The diplomatic dance taking place around TikTok follows years of acrimony between Washington and Beijing over the role of China’s Huawei Technologies [HWT.UL], which the U.S. has alleged is effectively a Trojan horse for Chinese espionage.

Huawei and Beijing have repeatedly denied any such activity.

Asked about its engagement with ByteDance, a Chinese foreign ministry spokesman said he was not aware of the specifics of the situation, adding that the United States was over-generalising the concept of national security and abusing its power.

“Not only does it go against market principles and international rules, it is a mockery to the principles of market economy and fair competition that the U.S. prides itself on,” he added.

A senior U.S. administration official said China had blocked U.S. tech companies such as Facebook (NASDAQ:FB) and Twitter for years and the United States’ actions were designed to protect the private information of its citizens.

“We’re just very concerned that, essentially, anything that could be done on that platform would be subject to the Chinese Communist Party’s algorithmic attempts to control human behavior worldwide.”

The Chinese embassy in Washington did not immediately respond to a request for comment. ByteDance declined to comment.

TikTok has said it would not comply with any request to share user data with the Chinese authorities.

China had originally considered speeding up the launch of an “entity list” to punish foreign companies, groups and individuals deemed harmful to its interests, a government source with direct knowledge of the matter said.

But this was dropped as a countermeasure to the Trump administration’s move to ban transactions with ByteDance and Tencent’s (HK:0700) WeChat because it would have escalated tensions and was replaced instead by the rules published last week.

Zhang did not know of the tech export rule revisions ahead of time, two sources told Reuters, and the company’s view is that it ultimately prefers to be free to make its own decisions, according to one of the sources. Others close to the TikTok sale talks say the move threw a spanner in the works of already-complicated negotiations and could scupper any deal.

China’s commerce ministry, which published revisions to the tech export control list, did not respond to a request for comment.

ByteDance is negotiating with a Microsoft-Walmart (N:WMT) (O:MSFT) coalition, and a competing investor consortium led by software firm Oracle (N:ORCL), on a sale of TikTok that could be worth as much as $30 billion.

ByteDance is still keen not to become a “political football” and prefers to use legal means rather than rely on government backing to resolve the issue, the source said. The company is suing to block one of Trump’s orders.

“I doubt having the government speak up for this company can do much in helping it gain market access into another country,” said Chu Yin, a Chinese scholar with the Center for China and Globalization, a Beijing-based think-tank.

“ByteDance might fare better if it can share some interests with its competitors in the U.S.,” he added.

Zhang has pursued a different path to Chinese internet entrepreneurs such as Alibaba (N:BABA) founder Jack Ma, who is a Communist Party member, and Tencent’s Pony Ma and Baidu’s (O:BIDU) founder and chief executive Robin Li, who are both members of the Chinese People’s Political Consultative Conference (CPPCC), a ceremonial advisory body.

Zhang, who is not a member of either, has focussed on global growth even as his counterparts have retrenched from overseas and opted to focus on domestic markets.

This year he appointed new heads for the China operations to personally take up more responsibility over ByteDance’s international business and also began moving key research capabilities and decision-making functions abroad. In March, he said in an open letter that he spent two-thirds of 2019 overseas.

He has personally sought advice from around ten people at U.S. think-tanks and former U.S. government officials recently, a source familiar with the situation said.