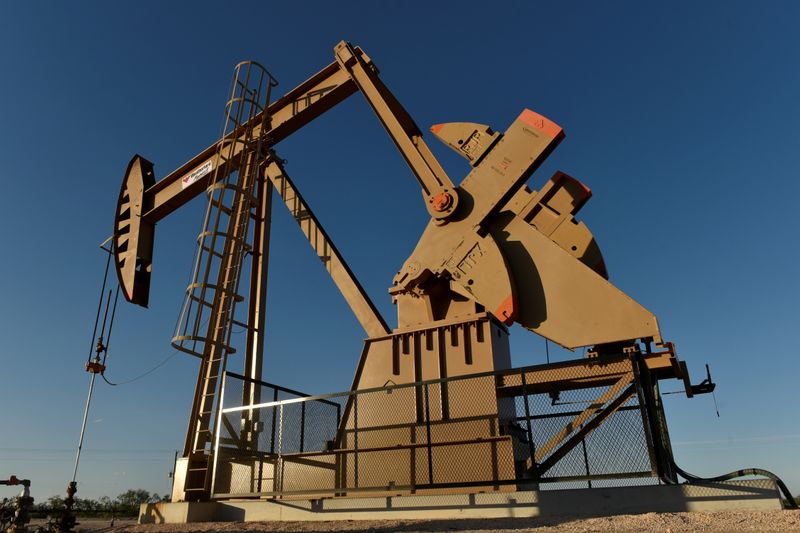 (C) Reuters. FILE PHOTO: A pump jack on a lease owned by Parsley Energy operates in the Permian Basin near Midland

By Sonali Paul and Shu Zhang

MELBOURNE/SINGAPORE (Reuters) – Oil prices fell on Tuesday on worries that new clampdowns on businesses to stem surging U.S. coronavirus cases could threaten fuel demand recovery and expectations that OPEC+ might ease output cuts from August in an upcoming meeting.

The most populous state’s two largest school districts, in Los Angeles and San Diego, also said they would teach only online when classes resume in August.

California’s moves follow the recent reinstatement of some restrictions in other states, such as Florida and Texas.

“With the California soft lockdown now framing the picture, July could be an even more challenging month for oil than expected with even more demand woes emanating from coronavirus-linked uncertainty,” AxiCorp market strategist Stephen Innes said in a note.

The market will be watching the next move from the Organization of the Petroleum Exporting Countries (OPEC) and its allies, collectively known as OPEC+, whose Joint Ministerial Monitoring Committee will meet on Wednesday to recommend the next level of cuts.

Under the existing agreement, OPEC+ is set to taper its record supply cut of 9.7 million barrels per day (bpd) to 7.7 million bpd from August through December.

The oil market is getting closer to balance as demand gradually rises, OPEC’s secretary general said on Monday.

Citi analysts said implementing a 2 million bpd increase in output from August could weigh on the market given demand uncertainties, adding to risks from a potential for increased Libyan output, a return of 20% to 30% of curbed North American production, and an end to China’s crude buying spree.

The market will also be closely watching data on fuel consumption due later on Tuesday from the American Petroleum Institute industry group and on Wednesday from the U.S. Energy Information Administration. [API/S] [EIA/S]

Separately, Yemeni Houthi forces hit a large oil facility in southern Saudi Arabia in drone and missile attacks overnight, a Houthi military spokesman said late on Monday. There has been no Saudi confirmation of whether anything was hit.