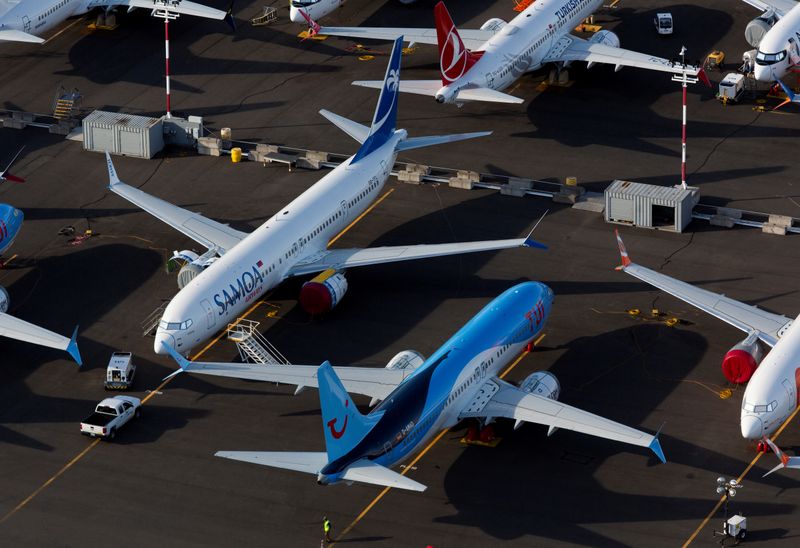 (C) Reuters. FILE PHOTO: Boeing 737 Max aircraft are parked in a parking lot at Boeing Field in this aerial photo over Seattle

SEATTLE/WASHINGTON (Reuters) – A Boeing (NYSE:BA) Co 737 MAX took off on Monday at 12:55 p.m. EDT (0955 PDT/1655 GMT) from a Seattle-area airport on the first day of certification flight testing with U.S. Federal Aviation Administration and company test pilots, a crucial moment in the planemaker’s worst-ever crisis.

The plane is then scheduled to depart Moses Lake soon afterward, arriving back in Seattle at 1:22 p.m. PDT.

The FAA said on Monday the flights will “evaluate Boeing’s proposed changes to the automated flight control system on the 737 MAX” and “will include a wide array of flight maneuvers and emergency procedures to assess whether the changes meet FAA certification standards.”

The agency said it will take the time needed “to thoroughly review Boeing’s work. We will lift the grounding order only after we are satisfied that the aircraft meets certification standards.”

Boeing’s best-selling 737 MAX has been grounded since March 2019 after two fatal crashes killed 346 people. The U.S. Justice Department is investigating the airplane’s certification.

After the flights are completed, the FAA must still approve new pilot training procedures, among other reviews, and would not likely approve the plane’s ungrounding until September, sources said.

If that happens, the jet is on a path to resume U.S. service before year-end, though the process has been plagued by delays for more than a year.