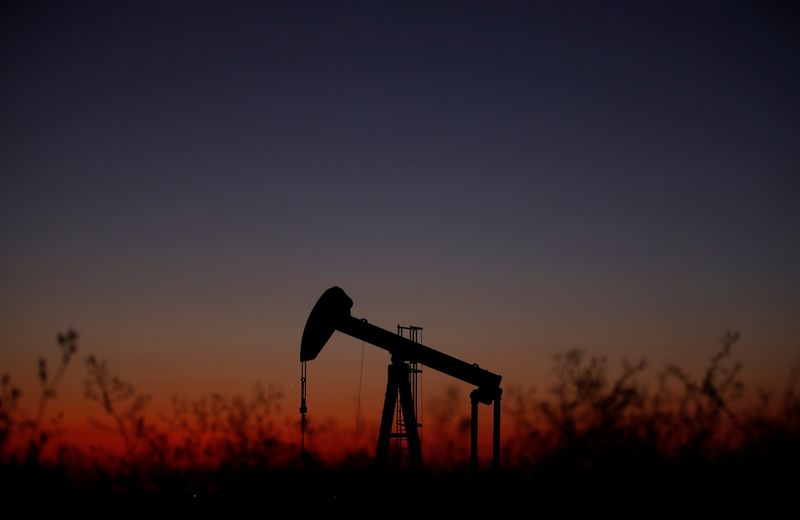 (C) Reuters. An oil pump is seen just after sunset outside Saint-Fiacre

Both contracts rose about 9% last week and Brent crude futures have flipped into backwardation, so that oil for immediate delivery costs more than that to be provided later, usually an indication of tightening supply.

“The market has entered a slight backwardation up to October. It times in with some of our estimates that by around November, the market could get really tight,” said Howie Lee, an economist at Singapore’s OCBC Bank.

“I find it more difficult for oil to move higher at this point, especially with the growing concern about second-wave contagion.”

In Canada and the United States, the number of operating oil and natural gas rigs fell to a record low last week, even as higher oil prices prompt some producers to start drilling again.

The OPEC+ group, consisting of the Organization of the Petroleum Exporting Countries and its allies, including Russia, has yet to decide whether to extend a record supply cut of 9.7 million barrels per day (bpd) for a fourth month in August.

However, Iraq and Kazakhstan pledged to comply better with oil production cuts during an OPEC+ panel on Thursday.

Oil prices have also been supported by a recovery in fuel demand globally following a collapse in April-May during virus shutdowns, as nations worldwide resume economic activity.

Still, the World Health Organization reported a record jump in global infections on Sunday, with the biggest increase seen in North and South America.

“The potential economic damage of a new round of COVID-19 countermeasures will likely contain any investor enthusiasm,” said Michael McCarthy, chief market strategist at CMC Markets.

Spikes in virus infections in some regions, such as the Chinese capital of Beijing and Australia’s second-most populous state of Victoria, have prompted curbs on movement to limit the spread.

3 Stocks To Watch In The Coming Week: Alphabet, Apple, Microsoft

Republicans want review of aid to WHO, Democrat may subpoena Pompeo