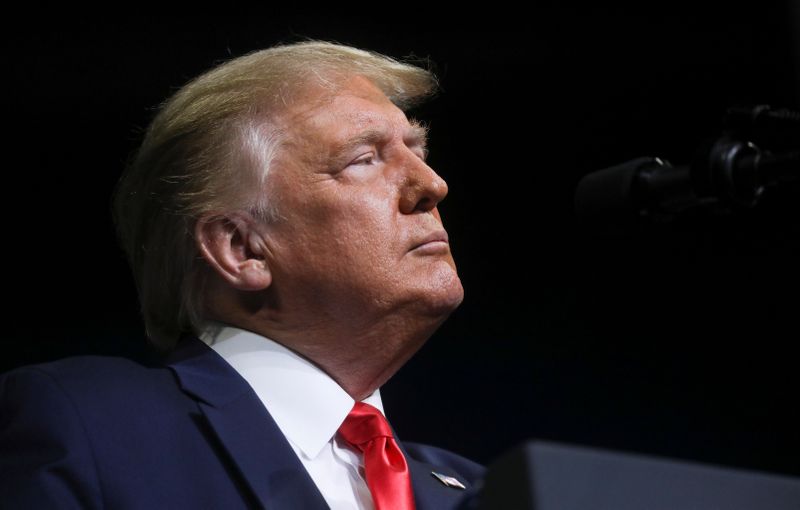 WASHINGTON (Reuters) – U.S. President Donald Trump on Saturday said he would mount another bid to end the program that protects so-called Dreamer immigrants who entered the United States illegally as children after a loss in the U.S. Supreme Court.

Trump told Fox News in an interview that his administration would resubmit plans to end the Deferred Action for Childhood Arrivals (DACA) policy put in place by former President Barack Obama before the November presidential election.

“They want us to refile if we want to win. So, I’m going to refile, and it’s going to work out for DACA,” Trump said.

The 5-4 ruling upheld lower court decisions that found that Trump’s 2017 move to rescind the program was unlawful.

The ruling does not prevent Trump from trying again to end the program. But his administration may find it difficult to rescind DACA – and win any ensuing legal battle – before the Nov. 3 election in which Trump is seeking a second term in office.

Trump said the ruling was not a loss for his administration.

“If you read the opinion, we won. But we have to refile. And everything is going to work out for DACA, and the young people,” Trump said in the Fox News interview. He did not elaborate.

Asked when he expected to file another bid to dismantle the DACA program, Trump said, “Probably pretty soon.”

Trump on Friday wrote on Twitter that his administration would submit “enhanced papers shortly.”

In another Tweet, Trump said that he wanted to “take care of DACA recipients,” and blamed Democrats for not negotiating a permanent solution to the young immigrants’ temporary status.

Online Bingo and its Technological Transformation

How to find the best online gambling websites in 2021?