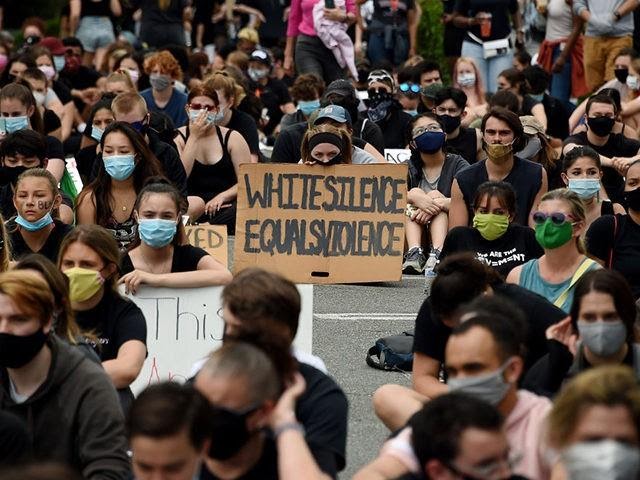 The media is reporting that “health experts” signed an open letter supporting the protests that have, in many American cities, devolved into violent riots that have destroyed neighborhoods and businesses, because “white supremacy is a public health issue” that has contributed to the spread of the coronavirus.

The letter is, in fact, signed by physicians, medical organizations, and academics, but scores of others who are described as “community stakeholders” also signed the document.

“White supremacy is a lethal public health issue that predates and contributes to COVID-19,” the letter says.

The letter also says that while large protests could spread the virus and some of the recommendations like social distancing still apply, “do not disband protests under the guise of maintaining public health for COVID-19 restrictions.”

On the other hand, the letter said protesters should not be arrested because crowded cells could spread the virus and that protesters should “demand that law enforcement officials also respect infection prevention recommendations by maintaining distance from protesters and wearing masks.”

The letter also tells people they should donate to pay for the bail of people arrested at protests or riots.

“We continue to support demonstrators who are tackling the paramount public health problem of pervasive racism. We express solidarity and gratitude toward demonstrators who have already taken on enormous personal risk to advocate for their own health, the health of their communities, and the public health of the United States. We pledge our services as allies who share this goal,” the letter says.

The letter talks about police “violence” but not the violence in some protests, including some protesters who set businesses on fire and looted businesses.

The week’s global equity rally lost some steam on Thursday as traders took winnings from seven days of gains, backing away ahead of Friday’s nonfarm payrolls data, which is expected to show further deterioration in the U.S. jobs market.

“This market has gone up so far so fast there’s a lot of people saying, ‘I’m going to take a little profit,’” said Jim Paulson, chief investment strategist at The Leuthold Group in Minneapolis.

Friday’s U.S. employment report is expected to show nonfarm payrolls fell in May by 8 million jobs after a record 20.54 million plunge in April, according to a Reuters survey of economists.

Currency markets, however, showed continued confidence in the revival of the global economy, particularly after the European Central Bank pledged more support.

The euro jumped to a 12-week high against the dollar on Thursday after the ECB increased the size of emergency bond purchases by 600 billion euros ($674 billion) to 1.35 trillion euros, more than the 500 billion-euro increase analysts had expected.

The ECB also extended the program until at least June 2021 and pledged to reinvest returns in a reminder of how far some governments will go to support the economy.

“European policy makers have picked up the baton with respect to more policy stimulus – both monetary and fiscal. This is showing up more in currencies than it is in equities,” Ray Attrill, head of FX Strategy Markets at National Australia Bank wrote to clients on Friday morning.

The dollar index, which measures the greenback against a basket of major currencies, declined for the past two weeks through Thursday as risk sentiment improved on optimism that the worst of the economic downturn from the coronavirus has passed.

Through all of time, we’ve seen presidents and leaders across the world who have had leadership moments and very powerful symbols that were important for a nation to see at any given time to show a message of resilience and determination – like Churchill.

We saw him inspecting the bombing damage. It sent a powerful message of leadership to the British people; and George W. Bush throwing out the ceremonial first pitch after 9/11; and Jimmy Carter putting on a sweater to encourage energy savings; and George H.W. Bush signing the Americans with Disabilities Act flanked by two disabled Americans.

“Why did the president feel it was important to go walk over there through the park into the church?” a reporter asked.

The president wanted to send a very powerful message that we will not be overcome by looting, by rioting, by burning.

This is not what defines America, and going and standing by St. John’s Church was a very important moment.

And for this president, it was powerful and important to send a message that the rioters, the looters, the anarchists, they will not prevail, that burning churches are not what America’s about, and that moment, holding the Bible up, is something that has been widely hailed by Franklin Graham and others, and it was a very important symbol for the American people to see that we will get through this through unity and through faith.

Networking has become a whole lot tougher under the coronavirus pandemic. At a time when many people need to build their professional contacts to scope out new job opportunities, in-person networking events have become all but impossible.

Not all is lost, however. According to LinkedIn’s co-founder Reid Hoffman, now is the perfect time to try out experimental new tactics, while overcoming some classic mistakes.

Speaking on LinkedIn’s Hello Monday podcast this week, the networking professional said that most people rush the process: “The mistake that most people make is: They too often try to move to the immediate things.” For instance, asking contacts what job they should take next.

That may work occasionally, particularly if your contact knows you very well. But more often, they won’t have the answer and will be consumed by their own issues. Instead, you should think of networking as a “two-step process,” he said.

First, think about the people you could speak to and the things you could ask that might lead to an interesting opportunity; then work out what you can do to get noticed in that space. That might include writing an article on an issue you’re passionate and knowledgeable about, or showcasing your work on a blog.

“What you want to be doing is what a lot of other people aren’t doing,” said Hoffman, noting it will help potential contacts distinguish you from the crowd.

That personal branding has become especially important lately, as many industries have moved online during global lockdowns.

“Now you have these difficult circumstances, so you need to put more work into that. You can’t just be delightful at breakfast,” he said, referring to traditional breakfast networking meetings.

But the pandemic has also spawned new ideas, such as virtual talks and networking dinners, which the entrepreneur says is helping change the traditional perimeters of networking. He recommended using, learning from and trying variations of new tools to see what works best for you.

Even more importantly though, he said, now is a good time to show how you can be a helpful connection for others.

“The really key thing about networking that most of the people who call themselves networkers miss is that giving is more important than taking for establishing a relationship,” said Hoffman. “Most people say ‘I want,’ but what you’re showing is that you view it as a relationship.”

Point/Counterpoint: The Case on Tesla