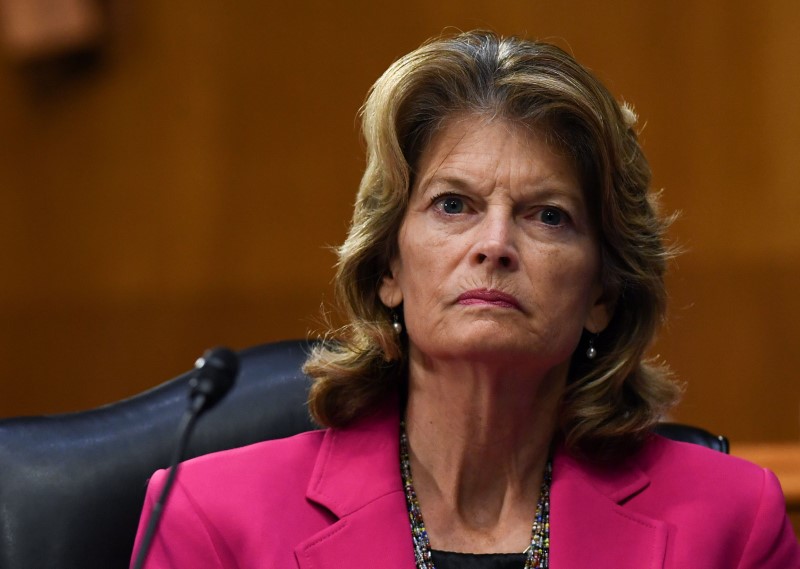 Asked if she supported Trump, who faces the nation’s voters again in November, Murkowski said, “I am struggling with it. I have struggled with it for a long time.”

“He is our duly elected president. I will continue to work with him … but I think right now as we are all struggling to find ways to express the words that need to be expressed appropriately,” Murkowski told reporters on Capitol Hill.

Murkowski, who did not support Trump in 2016, praised the comments by former Pentagon chief Mattis, who accused Trump on Wednesday of trying to divide America and roundly denounced a militarization of the U.S. response to civil unrest.

“I was really thankful. I thought General Mattis’ words were true, and honest, and necessary and overdue,” Murkowski said.

Another Republican, Senator Mitt Romney, also praised Mattis, saying his words were “stunning and powerful.” But while several other Republican senators said they respected Mattis, they shrugged at his criticisms.

The retired Marine general was Trump’s first defense secretary but resigned over policy differences in 2018.

Republican Senator Lindsey Graham (NYSE:GHM) acknowledged that Trump “can be a handful” and can “do better,” but said Trump had been unfairly targeted throughout his presidency and dismissed Mattis’ rebuke.

“To General Mattis … you’re missing the fact that the liberal media has taken every event in the last three and half years and laid it at the president’s feet,” Graham told Fox News. “I’m not saying he’s blameless, but I am saying that you’re buying into a narrative that I think is quite frankly unfair.”

Republican senator Murkowski ‘struggling’ over whether to back Trump in election

U.S.-Vietnam JV plans to invest up to $6 billion in LNG power project: CEO