Profit And Politics
Home Editor's Choice The Hypocrisy of Media…Can’t Even Call It News Anymore – See What... 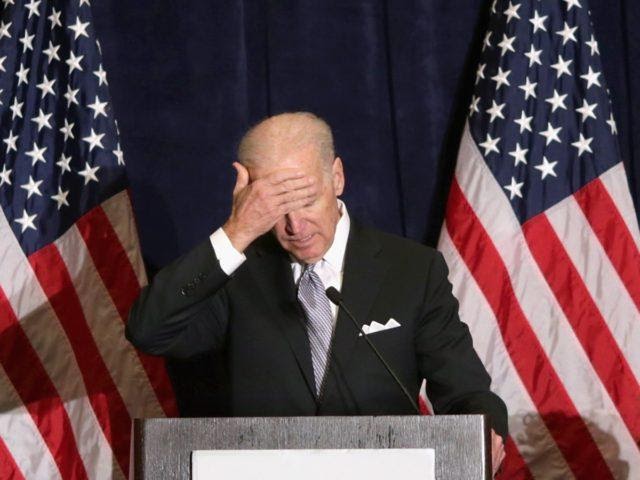 Rep. Ilhan Omar (D-MN) has stated publicly she believes presumptive Democrat nominee Joe Biden sexually assaulted Tara Reade and that Biden is lying about his innocence, which means Omar believes Biden is standing by silently as a victim of his own rape is personally destroyed by his supporters and the media (but I repeat myself). Nevertheless, despite her stated belief, Omar is still going to support Biden … and the national political media are okay with that.

Let’s repeat that… A high profile congresswoman says she supports for president a man whom she believes is a rapist … and the national political media have not challenged her on that.

Omar isn’t the only Democrat who said this. Feminist attorney Lisa Bloom also said she believes Biden sexually assaulted Reade and doesn’t care — she is still throwing her support behind a man who she believes committed a sexual assault. And once again the media did not blink an eye, are okay with normalizing such a thing.

Just look at how the media have reacted to Reade’s increasingly credible accusation Biden sexually assaulted her in 1993: by tearing her life completely apart like nothing we’ve seen since Sarah Palin.

Over the past few weeks, the media have openly coordinated a venomous campaign of personal annihilation against a woman who has seven — seven! — pieces of corroborating evidence to back up her allegation against Biden. And not a single one of the media’s smears against Reade have put a dent in her allegation or evidence. But we are supposed to write her off as a liar because she struggled to pay her rent, failed to make some car payments, and didn’t return some books.

Tara Reade is Joe Biden’s tenth accuser and brings with her a ton of compelling evidence to back her allegation, and the corporate media are so desperate to discredit her they’re forced to set an all new standard in attacking sexual assault victims: cherry pick  the most embarrassing moments out of a 56-year-old life — moments that, frankly, are not all that embarrassing.

Welcome to the media’s new standard… Don’t be a rape victim unless you returned your books on time.

U.S. Treasury yields slipped Wednesday after a Federal Reserve official talked up the possibility of implementing yield-curve control measures in the U.S.

Bond prices strengthened after New York Fed President John Williams said the central bank was thinking about the use of policies that would aim to keep borrowing costs across different maturities of government paper at fixed levels. Such measures could prevent yields for the targeted bonds from rising.

“Yield-curve control, which has now been used in a few other countries, is, I think, a tool that could complement, potentially complement, forward guidance and our other policy actions,” said Williams.

In addition, The Fed’s Beige Book, a collection of anecdotes from businesses across the country, showed the economic downturn caused by the coronavirus was continuing in May.

Adding to the downward pressure in yields, tensions between Washington and Beijing heated up over security laws set to be passed in Beijing this week that would reduce Hong Kong’s fragile autonomy.

U.S. Secretary of State Mike Pompeo said Hong Kong was no longer autonomous from China. His remarks could foreshadow the loss of the Asian financial hub’s special trading status with the U.S.

“McEnany told reporters aboard Air Force One that the order is ‘pertaining to social media’ but shared no additional details on what it will do,” Politico reported. “But the announcement revived fears within the online industry that the Trump administration will target a 24-year-old statute that protects the companies from lawsuits — an avenue that a growing number of Republican lawmakers have advocated in their bias allegations about Silicon Valley.”

Shortly after news broke that Trump would sign an executive order, the president tweeted: “Big Tech is doing everything in their very considerable power to CENSOR in advance of the 2020 Election. If that happens, we no longer have our freedom. I will never let it happen! They tried hard in 2016, and lost. Now they are going absolutely CRAZY. Stay Tuned!!!”

Zoo news with no visitors.

A few days ago, Woodland Park Zoo’s oldest animal, 50-year-old Amanda, was euthanized due to a severe health decline. Her health issues had initially been examined late last year, momentarily recovering at that time.

Amanda, born in Cameroon, first arrived in Seattle from Toronto Zoo 26 years ago. At Woodland, she raised her three daughters N’gozi, Calaya, and Uzumma, and joined a gorilla family.

Last year, Amanda was recovering from geriatric issues. The radiologists and an ophthalmologist worked together to conduct an exam including ‘abdominal and cardiac ultrasounds, and diagnosis and treatment for visual issues.’

Her health problems were age-related. 49 years old at that time, Amanda was struggling to finish her meals and became less active. She was also well ahead of the life expectancy of gorillas in the natural range, which is around 30-35 years.

Nancy Hawkes, animal care director at the zoo, shared that ‘our zoo family and community have long shared a special connection with our gorillas. But, like people, we have to accept that animal age.’ She also celebrated that day when ‘Amanda ate her entire breakfast today, a good sign of recovering,’ and that the mother gorilla will continue to receive showers of extra love from their team.

The 50-year-old gorilla was not only a mother but recently became a grandmother 2 ½ months ago when Uzumma gave birth to Kitoko who became the zoo’s first male gorilla to be born within their quarters. He also made headlines a few days ago when he was hospitalized.

A family conflict of six gorillas turned violent over the weekend where Kitoko suffered serious head injuries, ‘including a laceration from a bite wound, resulting in a bone fracture to the skull,’ shared Dr. Darin Collins, director of animal health. On Saturday, surveillance footage led to the theory that one of the other adult females bit the baby boy while arguing with Uzumma. As an extra precaution, Kitoko was temporarily separated from his mother.

Amanda did not seem the be a part of the conflict as she stayed in an off-view, indoor den due to her conditions. Martin Ramirez, mammal curator at Woodland Park Zoo shared, “known for her sweet disposition and being an exceptionally good mom, Amanda showed attentive, nurturing maternal love and care for her daughters.