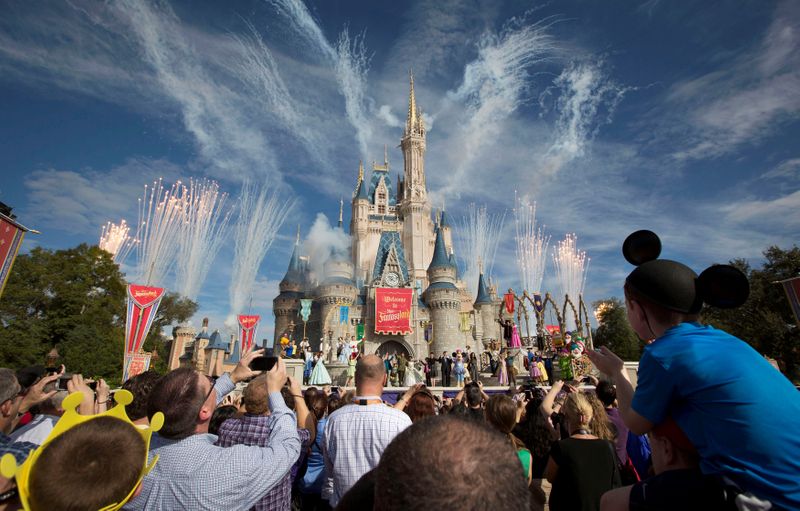 LOS ANGELES (Reuters) – Walt Disney Co (N:DIS) and unions representing workers at Florida’s Walt Disney World have reached an agreement on safeguards to protect employees from coronavirus, a union statement said on Thursday, removing one of the company’s hurdles to reopening its popular theme parks.

The measures include social distancing practices, increased cleaning and mandatory masks for workers and guests, according to a statement from the Service Trades Council Union (STCU), which represents about 43,000 workers at Walt Disney World in Orlando, Florida.

Disney has announced that some retail stores and restaurants in the Disney Springs shopping area in Orlando will open on May 20, but the company has not set a reopening date for any of its four theme parks in Florida.

The entertainment giant shut its parks in Asia, France and the United States starting in late January to help prevent the novel coronavirus from spreading.

Shutting theme park gates cost the company $1 billion from January through March, Disney said earlier this month. About 120,000 of the company’s workers were placed on unpaid furlough, many of them theme park “cast members,” as Disney calls them.

As the coronavirus recedes in some parts of the world, Disney has been developing plans to help workers and visitors feel safe returning to large groups. The company reopened Shanghai Disneyland to a limited number of visitors on Monday, selling out thousands of available tickets.

In the United States, Florida is ahead of California, home to Disneyland, in reopening businesses that were closed starting in mid-March. Walt Disney World hotels are accepting reservations for July, though it is unclear if they will be operating at that time.

Employees who contract COVID-19, the disease caused by the novel coronavirus, will receive paid time off to quarantine, the statement said.

The agreement also paves the way for individual unions to have ongoing discussions with Disney about worker safety, the STCU said.

Charles Schwab to cut about 1,000 jobs

Dollar Down Over Upcoming Week of Earnings and Economic Data