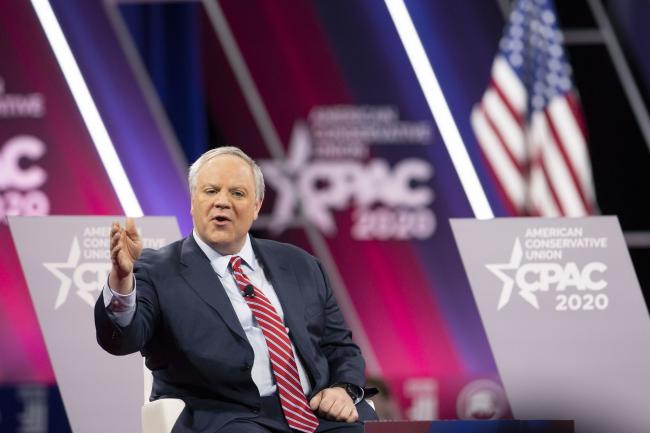 Instead, companies are more likely to make offers based on longer-term forecasts and other considerations, Bernhardt said, as his agency weighs a sale this year of oil leases in the Arctic National Wildlife Refuge’s 1.56-million-acre coastal plain.

“I don’t think the bidding would be driven by today’s prices,” Bernhardt said in an interview Monday. “I don’t generally believe that decisions on whether or not to bid in a lease sale are really driven by the near-term dynamics.”

However, Bernhardt allowed, current price and demand conditions “could affect perhaps the universe of bidders.”

Falling fuel demand from the coronavirus and collapsing crude prices have prompted oil producers to idle drilling rigs, shed staff and curtail new spending across the U.S., with analysts predicting a wave of bankruptcies to follow. The price rout may force some potential bidders in Alaska to sit out an Arctic sale, after already spurring Oil Search (OTC:OISHY) Ltd. to pare some operations and Hilcorp Energy Co. to renegotiate its payment plan for BP (NYSE:BP) Plc’s Alaska business.

Even without the recent setbacks, relatively few oil companies have the resources to mount operations in the remote Arctic National Wildlife Refuge in northeast Alaska. And some large oil companies may forgo the area altogether, amid steep environmental opposition.

Congress ended a decades-long ban on oil development in the refuge’s coastal plain in 2017 as part of a plan to pay for tax cuts. Although the Interior Department completed a required environmental study of Arctic refuge drilling last year, it’s still developing a “record of decision” to formally trigger an auction, as well as final stipulations to guide development on any leases sold there.

Separately, Bernhardt defended the Interior Department’s decision not to issue a blanket waiver exempting oil companies from paying the government royalties on the crude and natural gas they extract from federal waters. Oil companies working in the Gulf of Mexico and their Capitol Hill allies have argued such royalty relief is essential to help them ride out the rout.

However, the Interior Department has instead committed to conducting individual, lease-by-lease reviews, with a multistep application process and narrow terms industry advocates say could make it impossible to win royalty relief.

“This is not a handout,” Bernhardt said. “The president is a strong supporter of this industry and cares deeply about its success, but we are not granting broad categorical relief. We’re facilitating the ability to have case-by-case relief evaluated.”

New York governor: Trump will get the truth when they meet