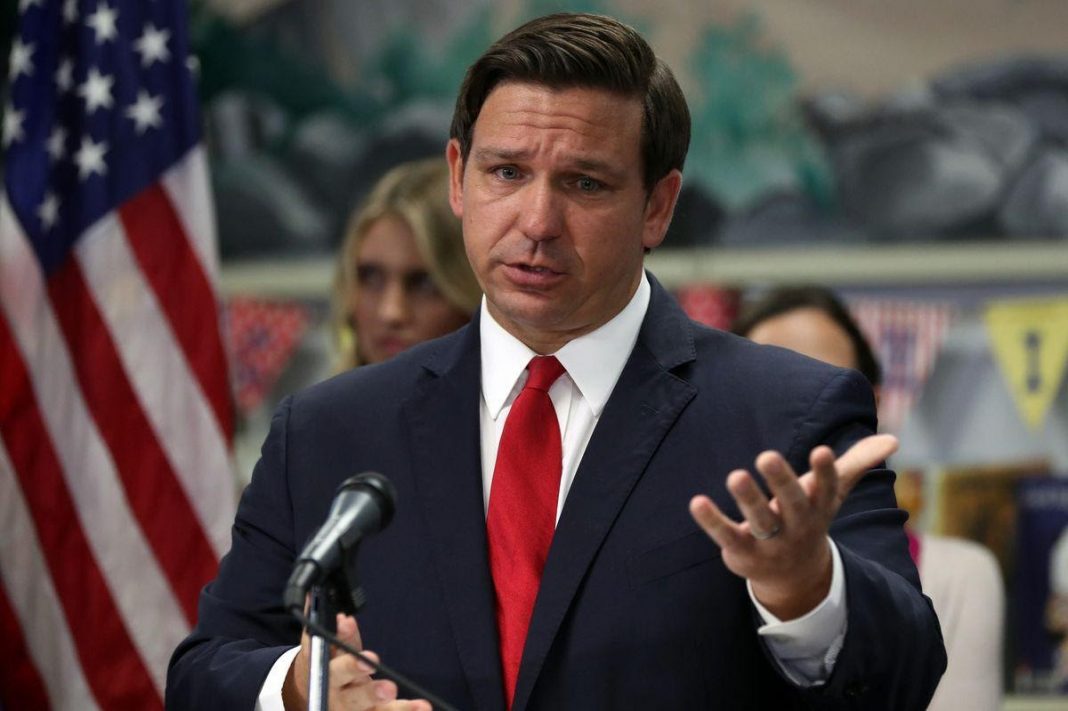 Whoa DeSantis let the liberal press know exactly how he felt about their predictions and criticisms of the manner in which he handled COVID-19 in Florida.

While at the White House on Tuesday, sitting alongside President Donald Trump, Republican Governor Ron DeSantis of Florida ripped into the media for their failing, dire predictions of his novel coronavirus response.

Gov. DeSantis was lambasted in the media for weeks for refusing to implement a draconian statewide lockdown, though Florida is outperforming states across the nation when it comes to slowing the spread of the China-originated virus.

Asked about criticism that he’s face for not implementing a full shutdown early on, DeSantis let the media have it. “What have the results been?” he rhetorically asked, according to Fox News. “You look at some of the most draconian orders that have been issued in some of these states and compare Florida in terms of our hospitalizations per 100,000, in terms of our fatalities per 100,000.”

“And that has not happened because we understood we have a big, diverse state, we understood the outbreak was not uniform throughout the state, and we had a tailored and measured approach that not only helped our numbers be way below what anyone predicted, but also did less damage to our state going forward,” explained DeSantis.

“We’ve had people in the hospital, but I am now in a situation where I have less than 500 people at a state of 22 million on ventilators as of last night,” he added. “And I have 6,500 ventilators that are sitting idle, unused throughout the state of Florida.”

“People were predicting us to be worse than New York, like another Italy,” the governor told Fox News host Sean Hannity. “They said that this week, one of the newspapers in Florida said we would have 464,000 people hospitalized. The actual number is 2,200. So we beat that by 462,000. But what we did very early was focus on the populations who are most at risk – our senior citizens, and particularly our nursing homes and assisted living facilities.”

Stocks in Japan and Australia fell in early trading Friday following losses on Wall Street, as most Asian markets were closed for holidays.

US Stock futures fell late Thursday after Apple and Amazon posted earnings but warned of uncertainty in the coming quarter amid the COVID-10 pandemic.

U.S. stocks ended lower Thursday as investors weighed mixed corporate earnings. Later in the day, President Donald Trump threatened to impose tariffs against China as retaliation over its handling of the coronavirus outbreak.

Still, for the month, the Dow gained 11.1%, while the S&P 500 ended up 12.7%, representing their best monthly gains since 1987 and their best April performances since 1938, according to Dow Jones Market Data.

The Nasdaq booked a monthly return of 15.5%, its best month since 2000 and the best April for the technology-laden index on record.

The public can now watch footage of the border wall being constructed between the United States and Mexico.

The Trump administration this week launched a website run by Customs and Border Protection that shows drone footage of the construction and provides updates on how much of the wall has been built.

“President Trump is delivering on his promise to build a border wall system to secure the border,” acting CBP Commissioner Mark Morgan said in a statement. “Border security is national security, and a strong border wall system is critical to keeping our nation safe.”

The border wall is still being constructed despite the coronavirus pandemic, which has caused many states to enforce stay-at-home orders to mitigate the spread of the virus. A spokeswoman for the U.S. Army Corps of Engineers said the administration is following “government and CDC guidelines” as it works on the construction project.

In 1960, the U.S. Navy conducted a landmark exercise in the history of submarine warfare.

The nuclear powered submarine USS Triton circumnavigated the globe completely underwater, proving that submarines—which until then had spent much of their time on the surface—could now operate completely submerged.

It was all thanks to nuclear energy, which provided unlimited power to submarines.

One surprising fact about submarines is that for decades they spent more time on the surface of the ocean than underneath. From the earliest subs to those built in the immediate postwar years, submarines were powered by air-breathing diesel engines.

Submarines would cruise on the surface, searching for targets, and then submerge and operate off lead acid batteries to make their torpedo attacks. Submarines were built to be faster on the surface of the water than under the surface, typically making 20 knots surfaced and only about 10 knots submerged.

Nuclear power changed everything. Nuclear power didn’t need air to help power the submarine, meaning that a nuclear submarine could operate submerged indefinitely. As a result, the shape of submarines went from the chunky u-boat types subs to smooth, tuna-like hulls that greatly increased hydrodynamic efficiency.

The combination of a more efficient hull and nuclear power made for quieter, faster subs capable of traveling three times faster underwater than their predecessors.

Brexit trade talks: Deal can and must be made

Covid has left easyJet ‘hanging by thread’ staff are told

Marathon, Not A Sprint

‘It’s not about you’: Democrats bet Trump coronavirus response a 2020 winner for Biden