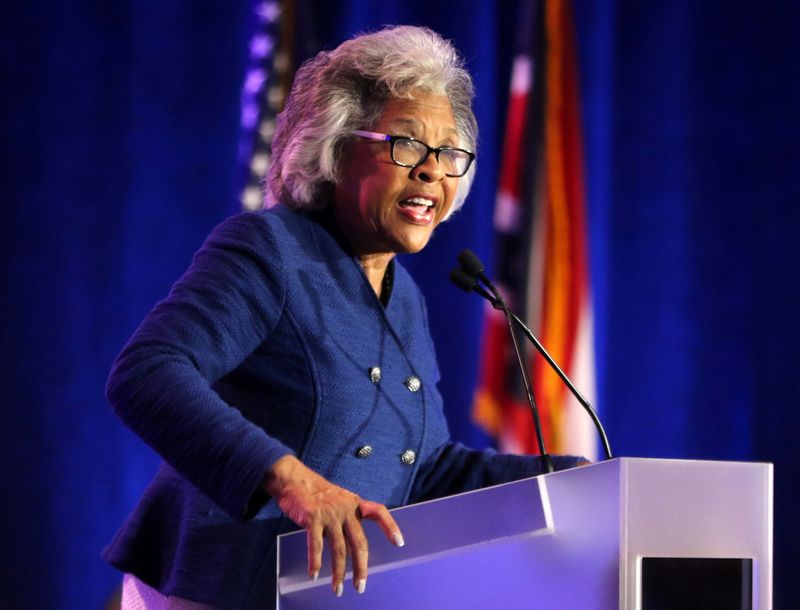 (Reuters) – The Democratic primary for the U.S. state of Ohio’s third Congressional District has been won by incumbent Representative Joyce Beatty against Morgan Harper, a progressive first-time candidate who was previously a senior adviser at the Consumer Financial Protection Bureau.

Ohio held mostly mail-in primaries due to the coronavirus pandemic after voting originally scheduled for March 17 was delayed and in-person voting curtailed, as the outbreak further disrupted the U.S. election season.

The contest in the district, which includes most of the city of Columbus, saw a four-term incumbent Beatty, 70, facing a challenge from Harper, 36.

After 100% votes being reported and posted early on Wednesday, the results showed that Beatty won about 68% of the vote share with just under 44,000 votes, compared to Harper’s 32%.

Beatty had won the endorsement from the Franklin County Democratic Party while Harper was endorsed by Justice Democrats, a group that has backed progressive candidates in Democratic strongholds, including Representative Alexandria Ocasio-Cortez of New York.

Inspired by the run of Vermont Senator and former presidential candidate Bernie Sanders’ 2016 campaign in the Democratic Primaries against former Secretary of State Hillary Clinton, many progressives have since attempted to challenge incumbent Democrats, who are seen as centrist or moderate.

Justice Democrats, set up by former activists from Sanders’ 2016 campaign, has attempted to move the Democratic Party farther left on issues such as healthcare, education, climate change and use of military by endorsing liberal and progressive candidates.

Ohio was among the first to delay its primaries as the United States saw a rise in lockdowns in response to the spread of the new coronavirus.

Victoria’s Secret owner to cut 15% of its corporate workforce

Pandemic-proofing: Insurance may never be the same again