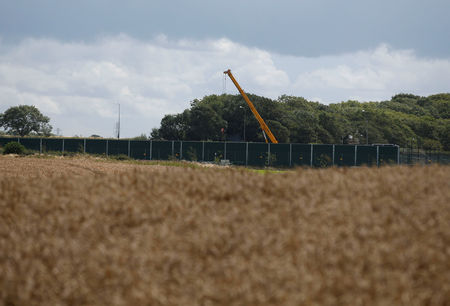 (C) Reuters. Don’t Count the Fracking Industry Out Just Yet

For an industry that needs crude prices in the low $40s to break even, current levels below $30 a barrel seem so obviously bad that America isn’t even being asked to offer a mechanism to deliver an expected output cut of 2 million barrels per day or more. Sheer economics should drive a fall of that magnitude, without any need for the sort of direct intervention that some U.S. regulators have proposed.

At the same time, it’s worth asking whether expectations of a mortal blow are overblown. In 2014, the last time a Saudi Arabian-led supply splurge attempted to squeeze out shale producers, most analysts believed they needed $60 to $90 a barrel to make money.

It didn’t turn out that way. Far from wilting with lower prices, the shale industry used the tougher environment to push through long-overdue productivity improvements. On the eve of the demand hit from coronavirus, the U.S. was pumping about 50% more oil than it was in 2014.

There’s a key difference between the shale industry and the rest of the oil and gas sector: Frackers are doing the same thing over and over again. Compared with vast conventional fields that can keep producing for decades, shale plays are smaller and run dry after three or four years, putting producers on a constant treadmill of bringing new wells onstream. Despite accounting for less than one-sixth of the world’s oil production, the U.S. is home to about a third of its drill rigs.

That repetition means that unconventional oil producers are constantly learning how to operate more efficiently, just like manufacturers of computer chips, flat-screen televisions and solar panels. Frackers’ so-called learning rate is lower than those sectors — one 2017 study estimated it was around 3.2% during the 2014 oil price crash, compared with double-digit figures for renewable technologies. Even so, it could still be enough to drive efficiencies not accessible to other players. Shale producers will be able to cut costs by 16% this year, according to Rystad Energy, a consultancy, compared with a 10% reduction for conventional onshore and 12% drop for offshore players.

Where could cost cuts come from?

One of the most obvious places is bankruptcy. A standard way of reducing spending is to use less infrastructure to serve more wells — but the patchwork nature of mineral leases normally makes that difficult. Pushing small producers to the wall provides an opportunity for more solvent players to buy up assets and consolidate their production.

The bankruptcy process itself will help to write off debts for the companies forced to endure it. Lower oil prices certainly won’t help the sector’s chronic inability to post positive cash flows. Lower finance costs, however, might.

Another benefit may come from the rising number of wells that have been drilled but aren’t pumping yet. In the Permian Basin of west Texas, this so-called fracklog is at some of its highest levels on record. Even before the coronavirus hit to demand, many frackers were happy to keep their wells mothballed because a shortage of pipelines made it hard to get crude to market.

As both demand and export capacity start to recover over the next 18 months or so, those wells represent a huge volume of sunk spending that can be brought to market at marginal cash costs that would typically be below $20 a barrel. With nearly 3,500 such wells in the Permian alone, that represents some 2.5 million barrels a day of production at current output levels.

Sunk costs aren’t the only place where savings can be found. The oil services sector has been plagued with overcapacity since the 2014 downturn, and dealing with that excess has been one of the biggest drivers of cost reductions. IHS Markit’s Upstream Capital Costs Index typically follows moves in the oil price, rather than vice versa, as lower revenues force the industry to find new efficiencies.

One of the biggest cost items for bringing already-drilled shale wells into production is proppant, the sandy mixture that must be forced into deposits to crack open the rock and release the hydrocarbons trapped inside. The Midwestern sand that was traditionally shipped to oil-producing regions at vast costs has now been almost entirely replaced by lower-quality but far cheaper local grains.

Share prices of frac sand producers like Hi-Crush Inc. and U.S. Silica Holdings Inc. are at pennies on the dollar relative to where they were a few years ago. While that’s bad news for them, it’s good for the companies that use their products.

It’s possible the post-2014 efficiency gains seen in the U.S. shale patch were a one-time phenomenon and cost-cutting has reached its natural limits. If that’s right, it’s likely that America’s oil industry will never recover from this latest assault. If, on the other hand, they were part of an ongoing downward cost trend, don’t ignore the possibility that the sector will eventually bounce back. What doesn’t kill the frackers may well make them stronger.

This column does not necessarily reflect the opinion of Bloomberg LP and its owners.

David Fickling is a Bloomberg Opinion columnist covering commodities, as well as industrial and consumer companies. He has been a reporter for Bloomberg News, Dow Jones, the Wall Street Journal, the Financial Times and the Guardian.

England’s shops back in business as lockdown eased