Profit And Politics
Home Editor's Choice Liberals Apologize to China!! And One Smart A** Toilet 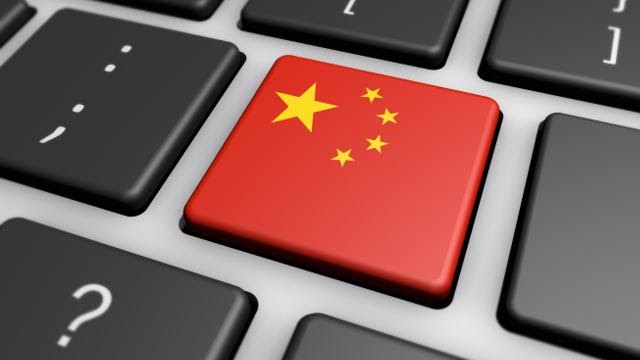 The editors of the respected British scientific journal Nature, issued a statement on Tuesday in which they apologize for associating the coronavirus with China.

The editors acknowledge that it had been common for viral diseases to be named after the places where the first outbreaks occurred as in the German measles or the Middle East respiratory syndrome.

Okay, they can stop it right there. Where did the first case occur? In Wuhan, China

And, yes, the responsibility for the spread of this disease lies with the Chinese government. Rather than alerting the World Health Organization and members of the world medical community, they chose to cover it up.

China silenced both the doctors who reported on this strange new virus and the journalists who wrote about it. They tried to conceal the extent and the severity of the coronavirus from the world.

But, but…political correctness and all that…

Fed Chairman Jerome Powell earlier in the day authorized injecting another $2.3 trillion into struggling businesses and governments to help blunt the economic damage of the pandemic, which has led to unprecedented levels of unemployment claims.

“Without Powell’s … extraordinary announcement, those hideous jobless claims would’ve pancaked the stock market,” the “Mad Money” host said. “Between the Fed’s latest moves and the $2.2 trillion rescue package from Congress, and some more that’s on the way, it’s really clear to me that the policymakers are thinking big and they’re willing to spend big to keep this economy afloat.”

Another 6.6 million Americans filed for jobless benefits in the past week amid the coronavirus pandemic, totaling up to more than 16 million applications in the past three weeks. The high amount of turnovers is a result of the closures of scores of non-essential businesses across the country as officials try to get a hand on the deadly virus.

Once again Trump keeps his word.

He’s not letting China get away with this massive and deadly deception they pulled on the world.

While this action is geared more to State security, the timing and the message is load and clear: Trump Admin Moves To ‘Revoke and Terminate’ China-Owned Telecom Firm from Operating In U.S.

Multiple federal executive branch agencies announced on Thursday that they have unanimously recommended to the Federal Communications Commission (FCC) that it “revoke and terminate” a Chinese state-owned telecom service provider’s ability to operate in the United States.

The six federal agencies that made the recommendation against China Telecom Corp. were led by the Department of Justice and included the Departments of Homeland Security, Defense, State, Commerce, and the United States Trade Representative.

“Today, more than ever, the life of the nation and its people runs on our telecommunications networks,” said John C. Demers, Assistant Attorney General for National Security. “The security of our government and professional communications, as well as of our most private data, depends on our use of trusted partners from nations that share our values and our aspirations for humanity. Today’s action is but our next step in ensuring the integrity of America’s telecommunications systems.”

The move comes as American’s views towards China have rapidly soured in response to the coronavirus pandemic which originated in China and has devastated the world. China has been accused of lying about the outbreak, trying to cover it up, and not reporting truthful figures about the extent of the epidemic inside its borders.

Now this is some smart sh*t!

Going to the bathroom may never be the same again thanks to scientists who claim to have invented a device that can be fitted on toilets to detect signs of various diseases in stool and urine.

The gadget, which fits inside the bowl, uses cameras, test strips and motion sensing technology to analyze the deposits and sends the data to a secure cloud server.

The researchers said their so-called “smart toilet” technology could be useful to individuals who are genetically predisposed to certain conditions, such as irritable bowel syndrome, prostate cancer or kidney failure.

According to the researchers, the data gathered from the samples can reveal biomarkers for 10 different types of diseases, from infection and bladder cancer to kidney failure.

The technology a combination of fingerprint scanning and, strangely, images of the anus to differentiate between users.

“The scans – both finger and ‘nonfinger’ – are used purely as a recognition system to match users to their specific data.”

Exclusive: As the U.S. shut down, Trump’s legal fight to build wall ramped up

3 Stocks Tapping the Potential of Pickup and Delivery Trends