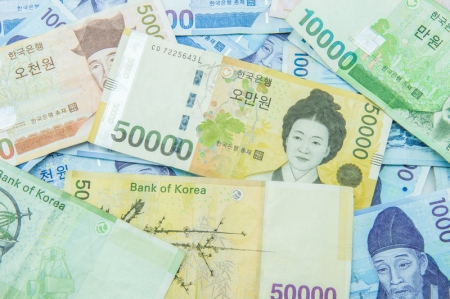 Bank of Korea Stands Pat on Rates After Emergency Action

(Bloomberg) — The Bank of Korea left its key interest rate unchanged, taking a wait-and-see approach after last month’s unprecedented steps to cushion the impact of the coronavirus pandemic.

South Korea’s central bank held the seven-day repurchase rate at 0.75% on Thursday in a move forecast by nine of 17 analysts surveyed by Bloomberg. The rest expected a quarter percentage point reduction. The BOK announced further measures to channel liquidity to the economy, expanding the range of bonds eligible for its open market operations.

The BOK is taking stock after a flurry of measures last month, including an emergency rate cut to a record low and a pledge to inject unlimited liquidity into the market via repurchase agreements. South Korea’s government is also rolling out stimulus like never before, with a second extra budget lined up.

“Considering the diminishing ammunition after previous cuts, it’s not surprising the BOK is holding,” said Chang Min, a researcher at the Korea Institute of Finance. “This doesn’t mean that the situation is improving, though. The BOK is likely to keep coming out with non-rate measures to stabilize markets.”

Yet, with the pandemic continuing to wreak havoc on South Korean economy, the BOK’s pause may be short-lived. About half of the surveyed analysts expected the BOK to ease on Thursday. Among those who forecast the hold decision, several including analysts at Goldman Sachs (NYSE:GS) expect a cut in May.

While virus cases are slowing in South Korea and in China, its largest trade partner, a recovery in global demand is elusive as large parts of the world are at a virtual standstill. South Korea’s government also extended its social-distancing rules as a precaution against a second wave of infections.

Many economists expect South Korea to grow this year at the weakest pace since the Asian financial crisis two decades ago, or even contract. Recent reports show South Korea’s retail sales, confidence, and investment all sliding, and a mild contraction in exports is set to deepen as the pandemic puts global supply chains in disarray and hurts overall demand.

Investors will be watching Governor Lee Ju-yeol’s post-decision briefing for insight into the reasoning behind holding fire — whether it’s because of cautious optimism that the worst is behind, or due to lack of policy room.

“I think the BOK may explore the option to lower the interest rate to zero if necessary, although BOK is also mindful of the potential adverse impact to the housing market,” Arthur Lau, head of Asia ex-Japan fixed income at PineBridge Investments said before Thursday’s decision.

The BOK’s next scheduled meeting is May 28, when the bank will revise its 2.1% growth and 1% inflation projections for this year. The board will have new faces by then, as four of the seven-member board have terms that end April 20.

Bank of Korea Stands Pat on Rates After Emergency Action

Tesla Shares Are Soaring On Q1 Sales, But Will It Last?

Denmark stocks lower at close of trade; OMX Copenhagen 20 down 0.85%