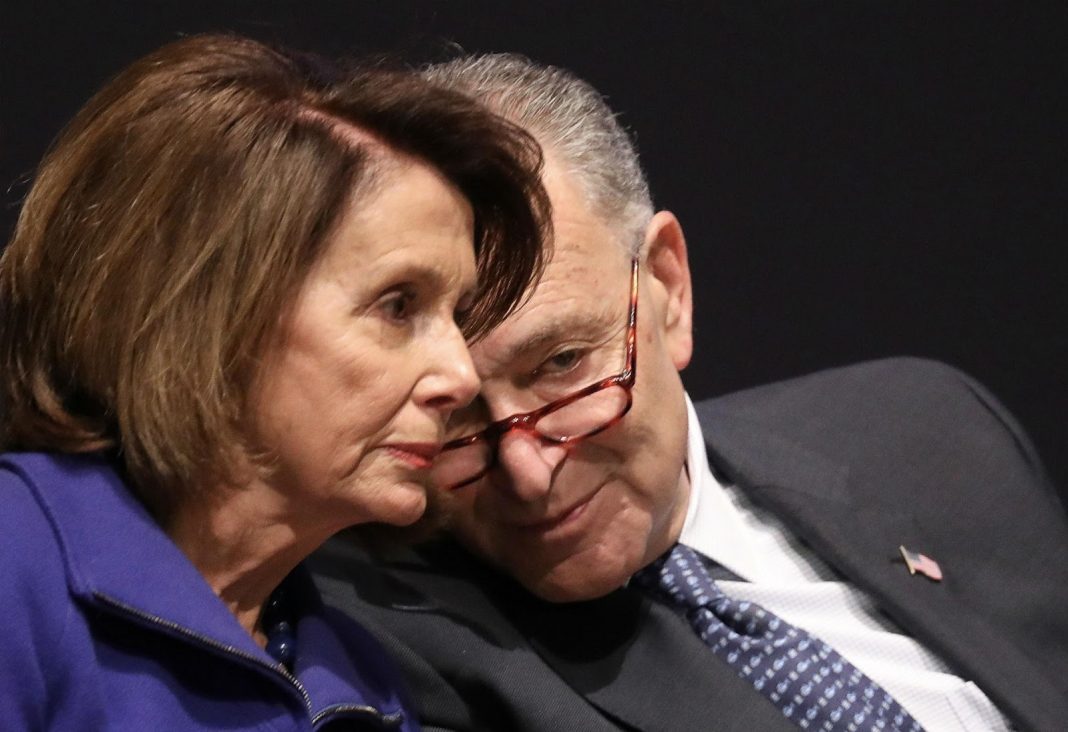 Republicans have pointed the finger at the Democrats for the second time for blocking the much needed coronavirus.

Democrats are trying to add meaningless agenda items to the bill (which they know must pass at some point).

A common tactic to get your pet projects into a bill is to add the project into a bill that’s a “sure Pass.”

BUT, not in times of an emergency!

Petty politics is put aside at times like these – but not this time for the ever bitter Democrats.

Yet the Democrats are using this tactic without concerns for the daily impact and spread of the coronavirus.

They couldn’t win with elections so they are using the fact that 5 Republican Senators under self-quarantined can’t vote.

Dirty politics on a disgusting scale.

Senate Democratic leader indicated confidence late on Monday for a deal to be reached soon on a far-reaching coronavirus economic stimulus package that had been stalled in the U.S. Senate as lawmakers haggled over it.

The key to this so called “deal” – the US Treasury Secretary.

The U.S. Treasury secretary and the Senate Democratic leader voiced confidence late on Monday for a deal to be agreed upon.

“There are still a couple of open issues,” Mnuchin said, just before midnight. “I think we are very hopeful that this can be closed out tomorrow.”

Schumer said he thought the Senate could vote as soon as Tuesday, adding, “It’s a huge bill of $2 trillion with many different moving parts.”

President Trump’s tweet this morning might be a signal that he’s considering taking the federal government in a different direction than several Democrat governors, who’ve taken what many consider to be draconian measures to prevent the spread of coronavirus in their states.

WE CANNOT LET THE CURE BE WORSE THAN THE PROBLEM ITSELF. AT THE END OF concerned about, WE WILL MAKE A DECISION AS TO WHICH WAY WE WANT TO GO!

The media, who, along with their allies in the Democrat Party, have been cheering for every restriction placed on Americans while pointing out that the real heroes are Democrat governors.

Wow, that’s funny, the same press crucified the President when he shut the borders to China and other high risk virus nations.

Would you do it?  Jump in a MIG fighter plane for the ride of your life?  It is possible…

It all started with the end of the Cold War and the downsizing of military services and air forces due to strained public finances in the former Eastern Block – the former communist states of Central and Eastern Europe.