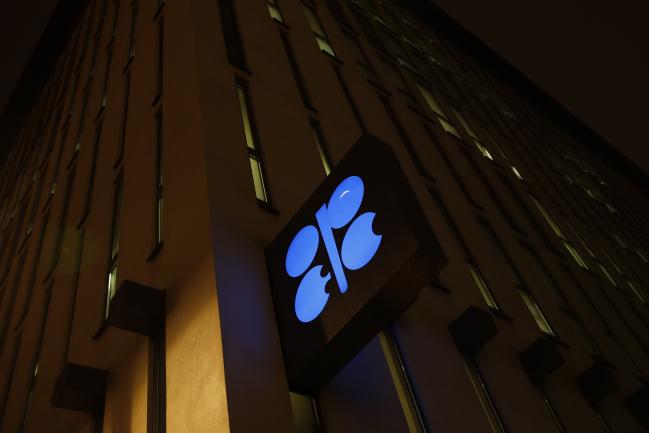 Saudi Arabia is urging OPEC+ to agree to an oil-output cut of more than 1 million barrels a day to compensate for the hit to demand from the global spread of the coronavirus, delegates said.

The Saudi push reflects mounting concern that growth in fuel consumption could be wiped out this year as the raging outbreak wreaks havoc on the world economy. Following oil’s biggest weekly slump since the 2008 financial crisis, ministers from the Organization of Petroleum Exporting Countries and its allies are descending on Vienna for a crucial meeting on deepening supply curbs.

The Saudi suggestion represents a larger cut than that put forward by the group’s technical committee on Tuesday. The panel recommended a 600,000 to 1 million-barrel-a-day reduction in the second quarter, more ambitious than curbs mooted in February but still short of some estimates of the demand loss.

Crude jumped as much as 2.1% in New York, before paring gains to trade at $47.42 a barrel as of 11:18 a.m. London time. Prices slumped 16% last week, and remain too low for most OPEC+ members to balance their budgets.

To secure a supply cut that could stop the rout, OPEC+ must overcome Russian resistance while also grappling with the risks of bringing together delegations from 23 nations as the deadly disease continues to spread. One of those members, Iran, has a serious outbreak at home affecting members of parliament.

Iranian Oil Minister Bijan Namdar Zanganeh arrived in the Austrian capital on Wednesday without his usual cohort of government officials. He refused to be drawn on the possible extent of production curbs, and said Russia is likely to wait until the last moment to make any decision.

With flights canceled in Europe, schools closed in Japan, towns quarantined in Italy and a rising death toll from Iran to Washington state, the coronavirus crisis has gone global, and with it, its impact on energy demand. For only the fourth time in almost 40 years, oil consumption may not grow at all in 2020, according to a growing minority of traders, investors and analysts. Goldman Sachs Group Inc (NYSE:GS). on Tuesday became the first major Wall Street Bank to forecast a contraction in demand this year.

“The recommended 600,000-barrel-a-day additional cut for the second quarter of 2020 will be seen as too little,” Mohammad Darwazah of consultant Medley Global Advisors said in a note. “It is clear that the group is mulling a deeper production pullback.”

The OPEC+ Joint Ministerial Monitoring Committee — the body that oversees the production curbs — will meet later on Wednesday, and ministerial meetings will follow on Thursday and Friday.

In an effort to limit potential contagion as officials arrived in Vienna, OPEC said medical advisers would conduct screenings to detect staff or delegates who might have high temperatures. Some employees will be told to work from home. OPEC told national delegations to limit their size to the “bare minimum,” pressing ahead with the meeting even as conferences across the globe were canceled.

It has taken the unprecedented step of blocking journalists from entering its headquarters, and has also scrapped the final press conference in favor of a webinar. The cartel’s gatherings typically attract a contingent of hundreds of officials, reporters, TV crews, analysts and consultants from around the world.

The OPEC+ alliance was formed in late 2016, and has been struggling to manage the price impact from the U.S. shale boom ever since. It kicked off a new round of supply curbs at the start of this year, removing about 2.1 million barrels a day from the market.

Late Supreme Court Justice Ruth Bader Ginsburg’s ‘fervent’ last wish was that she ‘not be...